The Specter of Recession, Private Company Valuation and M&A 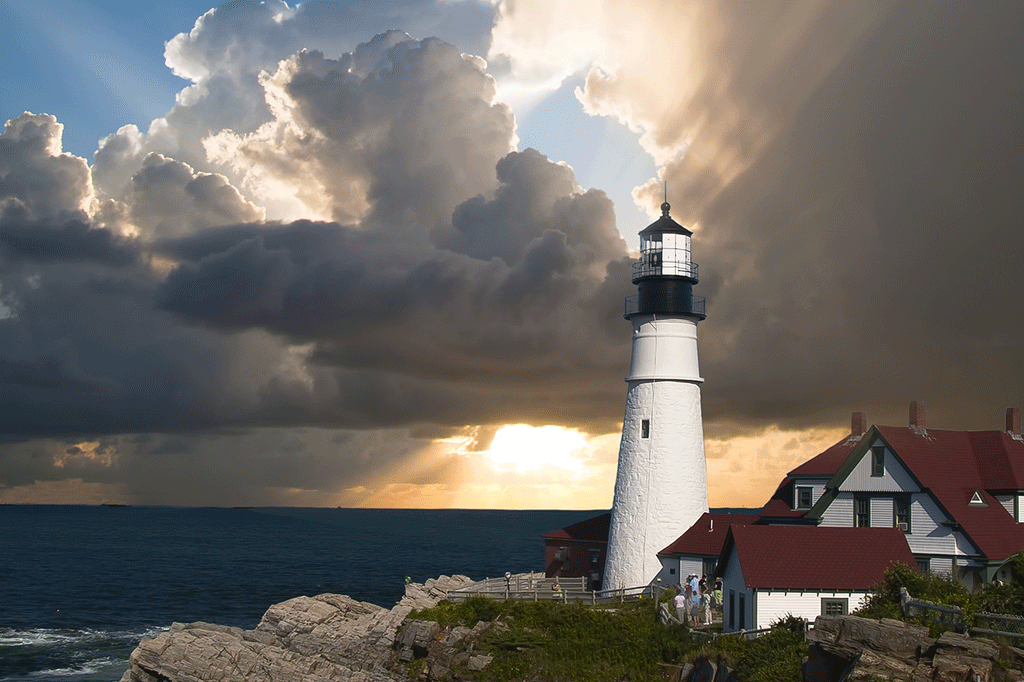 This article also appears on my M&A blog on Forbes.

If 2018 started as a year of remarkable strength in all the major economies, with high expectations and hope, we begin 2019 with a sense of foreboding and talk of the end of the business cycle. So what would be the M&A related implications of a slowdown or recession?

If your timeframe for holding your business reaches beyond a typical five or six-year economic cycle, then tuck this article away for the future. Ride out the next downturn while earning income and awaiting the economy’s convalescence.

This nudge, really call to action, is for those business owners with a shorter timeframe, because values being paid for private companies have been at historic highs and that is not going to last forever.

“Recession talk” at major news outlets like Bloomberg, CNN, FOX, Forbes, The Wall Street Journal, The New York Times and the Financial Times, reflect the increasing number of economists, business leaders, and pundits who think the good times could end circa 2020 and possibly earlier.

As such, the window to benefit from healthy valuations may narrow, or perhaps even end during the next 18 months, and it typically takes between 8-12 months to sell a private company.

A stagnant and unforgiving economy and less confidence in the company’s ability to generate profits will potentially mean less interest in your company and a less favorable price. Even if the number of sellers wanting to exit remains unchanged, the absolute number of transactions completed will probably decline.

A look at the last recession is informative. During 2008-2009, a total of 2,381 middle-market businesses were sold. The corresponding figure for 2016 -2017 was 3,896 (Pitchbook 2018 Q3 M&A Report). The healthier economy in 2016 – 2017 created conditions for a 64% increase in the number of transactions completed. Owners didn’t stop trying to sell in 2008 and 2009. Some of the companies, however, simply were unsaleable either because of anemic interest or price levels that were unattractive to the seller.

Why does M&A slow down when the doldrums set in?

Corporate buyers acquire companies for a number of reasons: to advance strategic goals and improve the existing business’ performance, for future profit potential, to add complementary products, for client cross-selling opportunities, to obtain talent and to expand geographical footprint. There are reasons, but all share a fundamental motivation – that buying a company at a particular price and set of terms brings a positive long-term return on investment to the purchaser.

Once a recession grips the market, corporations both public and private often shift gears. Bonuses may be foregone, layoffs are announced, belts are tightened. Instead of looking outwardly, CEOs focus on internal deficiencies and vulnerabilities.

If a public company’s stock price is anemic, financing an acquisition primarily with stock becomes more challenging. Both private and public companies may have less free cash flow to support acquisitions.

Corporate buyers in a recession are also likely to take a narrower view with respect to appropriate acquisition targets. They will focus on those that are most directly relevant to their core business, taking less risk on non-core business activities. When more corporates stay closer to home, sellers attract less interest overall.

Of course, while more corporates turn inward, those that are performing well financially and operationally may view the recession as an opportunity to selectively improve their competitive position through specific acquisitions. With less competition, this smaller group of buyers can afford to be stingier on pricing. Some opportunistic buyers build a war chest of capital during good markets and make acquisitions during downturns, albeit at advantageous prices.

Unlike corporate buyers who seek to integrate an acquisition into their own operations, private equity buyers generally seek to acquire businesses that they can improve with the objective of a future sale or public offering in mind. They will typically acquire a platform company in an industry and acquire so-called add-on companies that complement the original holding.

If the currency of a corporation is its stock price and cash reserves, leverage is the currency of private equity. Transactions are financed through equity (the fund’s own capital contributed by institutional investors and individuals) and debt comprised of borrowings from banks and other sources. Higher interest rates, (the Federal Reserve has increased rates 9 times since December 2015 after decreasing it 10 times in 2007 and 2008) increase the cost of that capital in terms of debt service requirements (interest). Paying more interest on debt service requires a lower purchase price to achieve the same return.

Moreover, if credit markets tighten – meaning less availability of loans from lenders – the amount that can be borrowed against a given business can fall significantly. This increases the amount of the private equity buyer’s capital required to complete a transaction. Owners who have worked with lenders on their own financing issues might have a sense of the dynamic.

Of course, there is also the issue of the considerable private equity “dry powder” (the fund’s own capital) that exists today and will exist at least into the foreseeable future. This dry powder when combined with the ticking investment periods of funds may motivate private equity buyers notwithstanding a recession. Should a recession occur, they will also likely focus on the premium businesses while less appealing companies receive less interest and lower valuations.

Available capital among non-bank lenders that have largely supplanted banks in the middle market is considerable. They may tighten lending standards and impose more covenants though they will continue to lend.

For both categories, there is also the potential of a new paradigm: The maturing of the private equity marketplace may induce investors in private equity funds to accept lower returns than previously expected.

An increasingly popular type of leverage used in private equity acquisitions, which often involve companies that have a lot of debt compared to their cash flow, may also sharpen the next recession-driven M&A contraction. These leveraged loans historically contained relatively strict maintenance covenants requiring a borrower to meet regular financial tests such as maximum leverage ratios and minimum interest coverage ratios.

As the M&A market has heated, including the number of lenders chasing deals, covenant-lite (cov-lite) leveraged loans that place fewer restrictions on the borrower have come into common use. The incurrence covenants included in these loans primarily require the issuer to meet financial tests only should they wish to take special actions such as making an add-on acquisition, paying a dividend, or issuing more debt.

By 2018, 79% of loans were cov-lite, compared to 29% in August of 2007 according to LossStats, representing a significant change in how transactions are funded. There is general agreement that cov-lite loans have boosted M&A activity during the recent fat years.

Yet, what is good news in a recovery could be bad news in a downturn. If lots of lenders chasing deals results in looser terms in a recovery, tighter capital and more restrictive terms (lack of cov-lite loan availability) in a downturn may mean some transactions do not get financed or can only be financed at lower prices.

To illustrate, take a target company with $7 million of EBITDA. A private equity firm might agree to a purchase price of $56 million representing a multiple of EBITDA of 8x. They agree to that price knowing they can secure $35 million of leverage (5x EBITDA in leverage) along with $21 million they will contribute in equity (3x EBITDA in equity). Equity is 40% and debt 60% (most lenders currently require equity equal to 33% to 40%) of purchase price.

Now let’s look at the same company when credit availability and terms have tightened. If only $28 million of leverage (4x EBITDA in leverage) could be secured with the same equity commitment, the price the fund would be prepared to pay, in order to preserve targeted returns on invested equity, may decline from $56 million to $49 million. This company is worth $7 million less in this model.

What Else Is Going On At The Private Equity Firm?

Your Own Company’s Performance

A common refrain from our clients in 2010 and 2011 was “we just never want to go through that again.” The shock of the worst of the Great Recession was still raw and many of us were having some form of collective stress reaction. I had a number of meetings in my office where clients described a feeling of loss as years of gains slipped through their fingers, along with a sense of futility at not having been able to do more to preserve value.

However mild the next recession, you are going to be under pressure and fundamental changes to your business will occur. Even in the best of markets, buyers drill into flexible cost structures and defensible market positions, key supplier relationships, diversified and sizeable end-markets with low cyclicality. Inferior performance means diminished buyer interest and more tempered bids.

What if your business performs relatively well? As illustrated above, while quality businesses are always attractive, buyer timidity and less confidence about the future means poorer pricing on average and stricter transaction terms.

Aside from lower prices and fewer bidders, what are some other M&A ramifications of a slowdown?

The answer may be that buyers may have increased leverage or want additional comfort on important deal provisions such as:

We often overvalue our sunk costs. The time, effort, passion and capital invested in our business over decades should not inhibit our readiness to visualize and possibly act on future opportunities or priorities. It is probably healthy to question whether you are so wedded to the past that it is hard to imagine what you want to come next and how you can get there.

Doug and his partner were great clients of ours. Both had been ready to move forward when we sold their manufacturing company to Ametek (NYSE: AME) in February 2008.

They got out in the nick of time.

I called Doug as equity markets were collapsing six months later, to see how he was getting on. I asked him, gingerly, “Doug, with respect to the proceeds…?” Before I finished, he replied: “I’m very happily holding it in cash accounts and taking my time evaluating opportunities.” My guess is that he did pretty well with those investments. A cash “war chest” can be exciting in the midst of a bear market.

As we think about the specter of a recession, if you’re considering selling your business, take a moment to consider what life might bring and proceed accordingly. Making a move before the window closes can be rewarding in more than a few ways.

P.S. I’ll be answering your questions about business valuations on a January 24, 2019 webinar, which is now available on demand.